Small and charming, Folegandros is known for its calm rhythms, breathtaking landscapes, traditional architecture, cobbled streets and good food. It is no coincidence that Folegandros in recent years has grown rapidly and from a top selection of backpackers has become a "wanted" destination. Her country is one of the most beautiful Cycladic capitals, known worldwide for its picturesqueness and beauty. Crisp cobbled streets, well-photographed squares with tables next to the old churches, the houses with colorful windows, and a vertical rock on which the whole country balances. Breathtaking island!

Chora is a scumbag and it is difficult to leave it. In the castle of Folegandros, in the covered passage of the castle "the Great Skiadi", once hung the bell that rang every night, to close the iron doors. The view reaches Milos, Sifnos and Kimolos. However, it is worth seeing Ano Meria, the second largest settlement on the island. The only thing about this settlement is that the houses that make it up are nothing but squatters, that is, farmhouses that from ancient times served the needs of farmers and stockbreeders, when due to workload they did not want to go up and down in Chora. The Folklore Museum of the island is housed in such a theme. It presents the old way of life in an authentic farmhouse of an island in the Cyclades: with the house, the cellar, the oven, the olive press and its characteristic circular.

In Folegandros it is not necessary to take a car. From the port to the nearby town and Ano Meria you can go by bus or taxi, while most beaches are accessible by boat or on foot. The old paths of Folegandros, in large parts paved, are still widely used today. So on foot one can climb the wide stairs to the Virgin. With each turn the view to Chora becomes more and more majestic. Fifteen minutes climb to admire the imposing church with its three domes - a rare example of Aegean architecture. The portable icon of the Virgin Mary is kept here. 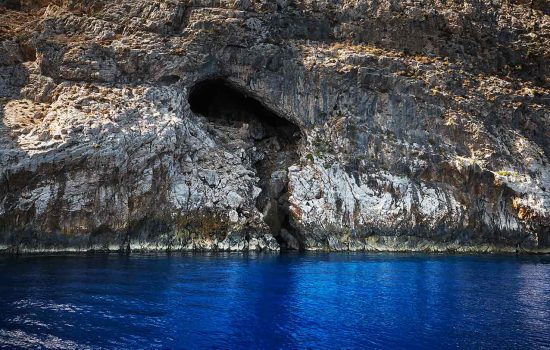 The unexplored paths of Chrysospilia in Folegandros

The cave "Chrysospilia" is located on the northeastern steep side of Folegandros. Access to Chrysospilia is relatively difficult and depends on the weather as it is hanging on the edge του 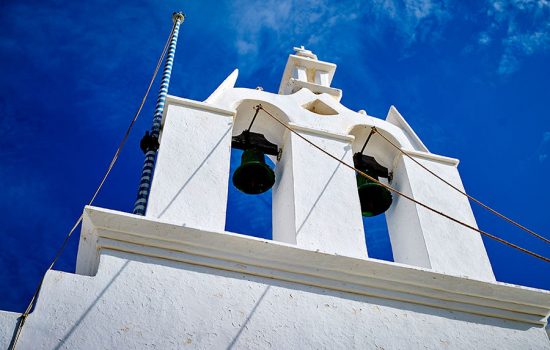 The chapels of Folegandros

Apart from the few post-Byzantine churches of Chora (17th and 18th centuries), on the island there are many chapels, old and new, which declare the faith of the inhabitants and their devotion… 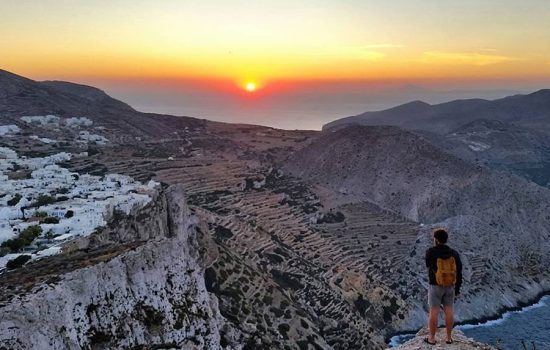 Folegandros is a mountainous island, a rock in the middle of the sea with steep shores, exposed to the north of the Aegean and is an ideal place to visit for those who love hiking. Offers several routes…