Window to the Aegean

It is famous and characterized as the island of the endless Blue and not unjustly, since its particularly high altitude and rocky landscape makes the view of the Aegean Sea disarming. The beaches of Amorgos with their crystal clear waters and caves enchant every visitor. Despite its publicity, it is still an island untouched by mass tourism, where ancient customs, old paths and authentic villages are still preserved. The beach of Agia Anna will take you to the authentic setting from the "Infinite Blue" of Besson. Clear waters and rocks for swimming in one of the most shocking beaches of the Cyclades.

Panagia Hozoviotissa will make you feel awe for the power of faith. It is one of the oldest monasteries of the Archipelago and one of the most important sights of the island whitens at the root of a spectacular vertical rock. And as impressive as the monastery is from the outside, it is just as impressive inside, since it consists of 8 floors. Built in the center of the island between small hills, the labyrinthine town of Amorgos is for many the most beautiful country in the Cyclades. Its small white alleys, its houses decorated with blooming bougainvilleas of traditional Cycladic architecture, its traditional cafes and its shady squares invite the visitor to be left in its magic.

Amorgos is also famous for its marked trails, which cover the whole island. Walking in them, the visitor enjoys the natural beauty of Amorgos, discovers monuments of cultural interest and is enchanted by the view of the vast Aegean. Thus one can discover the three ancient states, Arkesini, Minoa and Aegiali. 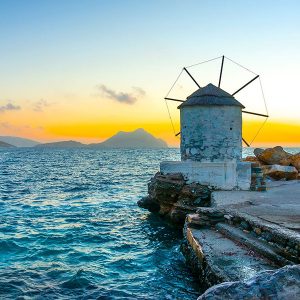 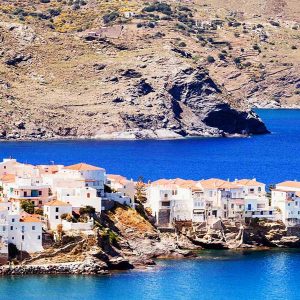 The Dutch "vote" Cyclades: The 5 most dominant islands for alternative holidays 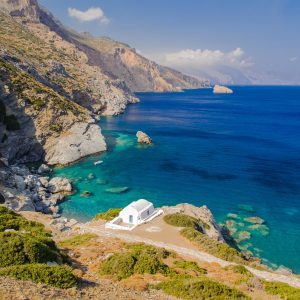 Amorgos, the island of the endless blue

Hard not to love this island. Especially if you are a lover of wild beauty but also of the peaceful aura. Amorgos allows you to live an inner life with external grace. 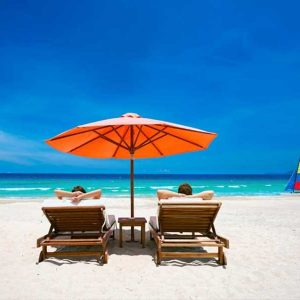 Floats for the prevention of drowning on the beaches of Amorgos

Ten "Catch a Breath" floats were placed on busy beaches of Amorgos as part of a special action of the Municipality for the reception of drownings at sea. At the same time, five information signs will be placed on beaches of the island as a measure to prevent drowning on the unguarded shores. 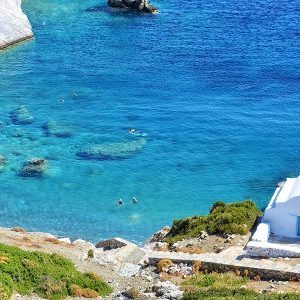 Agia Anna of Amorgos (distance about 4 kilometers from the island of Chora) in addition to the all-white, homonymous church has a small, very small beach, many all-white rocks… 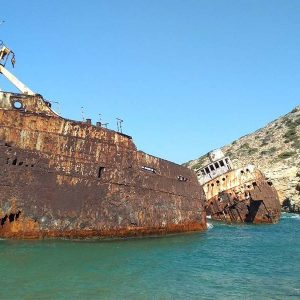 The shipwreck “Olympia” in Amorgos

The shipwreck “Olympia” is half submerged in a quiet bay in southwestern Amorgos, in the area of ​​Kalotaritissa. It was February 1980 when it ran aground and sank in Amorgos. A resident of a nearby village remembers: “In Makares it was caught north. He used to come somewhere in the wind, until the sea stopped. He thought Liveros was an anchor. He dropped anchor, but did not hold it and fell on the rocks “. 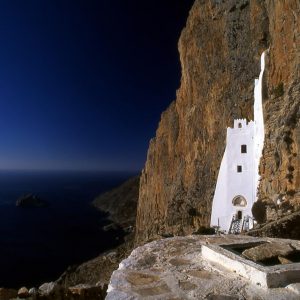 Amorgos: One of the most impressive monasteries of the Cyclades

If you will find anything in abundance in the Cyclades and in general in the Aegean islands, these are definitely churches and monasteries that even touch the sea. Small monasteries in…